The secondary mobile market is estimated at $25B and it is growing in the U.S. and worldwide. The used smartphone market will grow 4 to 5 times faster than the overall smartphone market with annual upgrades and trade-in programs playing the biggest role in this growth. To provide an idea of just how large the market is, over 3,000,000 used phones are sold annually across B-Stock marketplaces and over 5,000,000 mobile accessories are also sold annually across B-Stock.

One of B-Stock’s larger buyers is Trillion Trade, run by CEO Elizabeth Chen. Trillion is a global electronic distribution company that specializes in the reuse, resell, and recycle for pre-owned cell phones, tablets, and components, which includes data wiping and privacy security. Headquartered in Hong Kong with a new office in Dallas, TX, Elizabeth has been buying secondary market mobile devices through B-Stock since 2012.

Elizabeth got her start in the mobile secondary market after working as a consultant for a recycling company. In 2011, while meeting with a few buyers, she was invited to help form a company that specializes in phone recycling and distribution. As a company, Trillion purchases used phones at all levels of conditions and quality and prefers to purchase in bulk. She really enjoys that with B-Stock, “I can buy phones directly from major carriers and recyclers with quantity.”

Trillion’s business model works like a distributor and a service provider who focuses on used phones to resell. Elizabeth purchases phones with broken screens, dead batteries, or are in generally poor condition. Trillion then wipes data from phones and repairs the phones by replacing screens and batteries and so forth. They then sell the fixed-up phones primarily to the European and U.S. markets, which prefers ready-to-use phones. A major component of the refurbishment process was becoming R2 certified. “Trillion is very sensitive towards R2 and adheres strictly to their codes of protecting customer data,” says Elizabeth.

Trillion became R2 certified in 2015, becoming one of very few used cell phone companies with that distinction. Being R2 certified shows that Trillion is a responsible company that cares about the product, that scrap phones are properly disposed of, and that all phones are wiped of any and all data before they are resold. For Elizabeth, “Data privacy wiping is a big deal,” which stems from a time when she visited a warehouse and discovered many of the phones still contained consumer data. “Being R2 certified gives our buyers confidence on what we are doing, it’s a proven process that works for everyone.” In addition to being R2 certified, Trillion is also ISO 14001 and OSHA 18001 certified, showing full dedication to protecting consumers and buyers.

Elizabeth was introduced to B-Stock through Sean Cleland, who she met while he was at GameStop, helping to pioneer their cell phone trade-in program. She really enjoys working with Sean and the team, “B-Stock is very efficient and very approachable. I like how their business is very consistent and the process is great. I really like that they bring buyers and sellers together.” 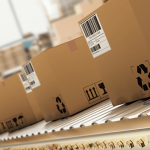