As the retail apparel industry looks to the new year, early indicators show signs of slow growth rates. A recent report by the McKinsey Global Fashion Index forecasts growth of only 3.5 to 4.5 percent for 2019, slightly below 2018 figures. The report speculates that to be successful in the new year, apparel retailers need to think ‘outside-the-clothes’ and create an online persona that is AI-driven and socially relevant. Moving forward, it will become increasingly important for apparel retailers to take a stand not only on social issues, but to provide complete transparency, especially when it comes to the sustainability of their clothing and fabrics; and they have to create a voice and messaging that appeals and attracts new generations of customers. Basically, traditional apparel retailers need to reinvent themselves as ‘digital-first’ companies in order to stay relevant in an online world where consumers are increasingly shopping through voice commands and home hubs.

The following charts and research created by McKinsey&Company show the percentage of growth rates for the apparel industry in 2019 in terms of region, category, and value segment.

The hottest category in retail apparel for next year is projected to be Sportswear. Sportswear has been a fashion staple for several years now with no signs of slowing down. Work out gear and slim-style sweatpants/joggers are all the rage and have been considered fashionable outside the gym for some time now. On the other hand, Jewelry & Watches are one of the slowest growth areas. One possibility for this is the rising popularity of smartwatches, which might not fall under the purview of traditional analog watches and could be considered consumer electronics instead of apparel.

While the overall Total Fashion Industry is projected to grow just over 4% in 2019, the best growth should be seen in the Value and Discount segments right alongside Luxury apparel. Meanwhile, the Midmarket segment is predicted for the slowest growth.

Inditex is the top apparel retailer when it comes to economic profit (in calculating economic profit, opportunity costs are deducted from revenues earned). According to data from Corporate Performance Analytics by McKinsey, Inditex earned $4 billion in economic profit in 2017 with Nike coming in at a semi-distant second. Inditex is made up of eight different brand names with 7,422 stores in 96 markets around the world. More importantly, Inditex championed the Right to Wear initiative, with a mission statement of, “Our priorities are the protection of the environment and human rights, through focusing on traceability and transparency.”

Inditex’s messaging is in direct correlation with the recommended and projected messaging and branding trends for 2019 that ‘digital-first’ companies have adopted: to focus not only on the product, but social issues, sustainability, and transparency as well.

Returns are the rule in retail. For items that can’t go back on primary shelves, talk to B-Stock for your own private, auction marketplace to sell returned, excess, and other liquidation inventory. This technology-driven approach will increase recovery rates on consumer returns and will keep warehouse inventory moving.

We also invite you to review our case studies and our suite of private marketplaces that we operate for 9 of the top 10 U.S. retailers and hundreds more. 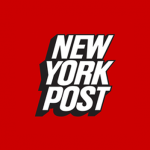 These were the most returned gifts this holiday season January 2, 2019 appareleditor's pick