Apple released four new iPhone models in 2020. Historically, the annual iPhone release happens in late September, but given the impact of COVID-19 on the supply chain in 2020, new models hit the primary market in two waves, the first on October 23rd. But what happened next, we didn’t expect.

The iPhone 12 and 12 Pro began to flow into the secondary market, primarily via customer returns, by late November. While the timing and volume was in line with prior years, the pricing certainly was not.

Typically, one month post-release the latest generation iPhone fetches 82-89% of the original retail price (for functional devices in good cosmetic condition); this time, the iPhone 12 and 12 Pro were selling for 109% and 107%, respectively.

A majority of these devices will end up outside of the US. The phones are sold into geographies with higher MSRPs from Apple like Asia, South America, and the Middle East, as well as areas in which supply from the OEM cannot keep up with demand.

A portion of these devices will also stay domestic. In addition to physical electronic/cell phone resale stores, these devices will get sold on ecommerce platforms like eBay. In many cases the marketplace may run promotions or offer incentives to sellers with this inventory so that their site can become a destination for buyers looking for the latest tech. Sales tax arbitrage also comes into play given the high price of these new models.

What else was different about this year’s release?

What’s next for the iPhone 12 and the secondary market?

Currently, in mid-January, the iPhone 12 has settled into an ASP equating to 85% of MSRP. While the historical average of three months post-release ranges from 76%-82%, the iPhone 12 is still outperforming prior generations, but the gap is beginning to close.

Large carriers are moving more devices through B2B channels for resale on the secondary market versus repairing and selling B2C. If you want to learn more about secondary market trends and how large carriers, OEMs, and buy-back companies are increasing the life cycle and pricing of phones via B-Stock’s B2B marketplace platform, please get in touch below. 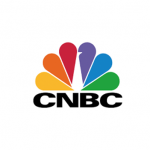 B-Stock Featured on The News with Shepard Smith January 19, 2021

How to Buy Liquidation Electronics

Looking for a product category to specialize in for your resale business? Electronics are easily one of the best products for online reselling, but also come with their own set of challenges. We’ll break down both the pros and cons…

Best Places to Get Inventory to Sell on Amazon

If you’re hoping to start an Amazon business or expand the one you’ve already been building, inventory sourcing is key. Where do you get goods to sell that are both in demand and offer you a decent margin of profit?…

Are In-Store Returns a Thing of the Past?

2020 has changed the retail world in a lot of ways. Consumers became far more comfortable with online shopping than ever before. Meanwhile, physical stores had to lower their maximum occupancy drastically in many areas or close their doors entirely…