Recent reports by Reuters show that U.S. retail sales increased in May by 0.5%; an indicator that the economy could be on the upswing after many reports showing weak data. In addition, after releasing negative losses in April, financial reports have been revised to show April having a favorable month gaining 0.3% growth. While much of the growth is attributed to increased motor vehicle purchases, there were also increases in consumer electronics and appliances.

New research also shows that retailers and manufacturers are concerned about the ongoing trade wars between Trump and China; especially when it comes to the increased cost of exporting and importing. Overall, imported merchandise such as washers, dryers, and other major appliances may wind up costing Americans much more in the coming months. Due to these increases in costs, many consumers may be looking for deals when purchasing major appliances. This is where the secondary market will come into play.

A great source of inventory is B-Stock, an online auction platform where the world’s top retailers and manufacturers liquidate their overstock and returned merchandise to increase profit margins, keep inventory moving, and stop warehouses from reaching capacity.

B-Stock has an extensive history of working directly with both buyers and sellers on the secondary market. We know from experience that secondary retail stores are not caught up in the so-called retail apocalypse. The secondary appliance market is a robust industry that’s doing better with certain major retailers imploding and closing stores; with the store closures, a vacuum is being created that’s leaving a ton of demand left unserved. This is where smaller Mom & Pop and SMB owners can fill in the void with their local stores so that consumers can still get a touch and feel for the merchandise. Many of the appliance store owners that we speak with agree with that sentiment.

When selling major appliances—ovens, ranges, washers and dryers, dishwashers, refrigerators—inventory needs to ship fast so that it doesn’t take up warehouse space and cost you money. At B-Stock, one of our goals is to help clients sell overstock inventory within the business week to an approved buyer base. Major retailers gain access to an extensive buyer network of professional resellers when they sell on B-Stock. Read more on how B-Stock works.

B-Stock is a transparent auction platform that directly connects the world’s biggest retailers to SMB owners looking to resell that inventory.

Ready for more? Set up a demo today. 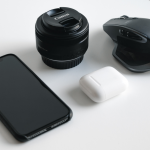 The B-Stock Minute: The Power of Data for Our Sellers

As a seller, navigating the secondary market can be challenging. So, how does B-Stock help our sellers succeed? With the power of data. The Power of Data On this week’s B-Stock Minute, Vice President of Marketing Garret Seevers goes over…

The Art of Sourcing Inventory for Resale

If you’re starting a resale business, one of the most important considerations is inventory sourcing. Ideally, you want to find products that you can acquire cheaply, turn around quickly, and ship easily. Of course, this is easier said than done.…