Home > Blog > The B-Stock Seller Blog > B-Stock News > Insta-shopping : Is it worth a retailer’s investment?

Insta-shopping : Is it worth a retailer’s investment?

Founded in 2010, it wasn’t until after 2012 – when Facebook acquired it – that things took off for Instagram. Now boasting over one billion users worldwide, there’s no doubting immense power of the social media platform, which focuses on photo and video sharing.

However, Ben Whitaker, EMEA director at liquidation platform B-Stock, argued that the rise of social shopping tools encourage impulse purchases. He said that while this boosts sales for retailers, it can promote buyer’s remorse and a spike in return rates. 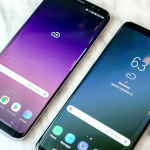 We’ve all been there. You got a gift you hate or made an impulse buy you later regretted. Maybe you got home and realized that you don’t have space for that kitchen gadget you just bought or that sweater you…

What happens in the world of e-commerce when you combine consumerism and a global pandemic? As we’ve come to learn, irreversible market-shifting trends. As 2020 comes to a close, PostNord has shared their report, “E-commerce in Europe 2020.” In this…

Why DOT COM Returns Are Worth a Second Look

When it comes to customer returns, not all are created equal. Depending on the retailer’s return policy, some merchandise will be taken back even if extremely used, damaged, or in salvage condition. This is particularly the case with in-store returns:…