Here’s How Many Holiday Gifts Will Be Returned

Most Americans (77%) said they expect to return at least some of the gifts they received during the holiday season, according to data from B-Stock Sourcing, an online liquidation marketplace. Roughly $90 billion worth of merchandise will be coming back to retailers (though most of that does not end up back on the shelves of the stores that sold the items in the first place).

“After they hit the return counter, where do the unwanted gifts from retailers like Amazon, Walmart, Target, Costco, Home Depot, Nordstrom, and Macy‘s end up?” the report said. “Believe it or not, less than 10% of returns actually go back on primary shelves.” 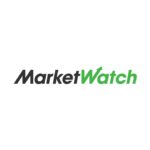