The rise of eCommerce, and the fierce competition it has produced among merchants, has led to return policies that are liberal, inexpensive and nearly hassle-free for consumers. Those unwanted products, in turn, can create headaches for retailers — and a business opportunity for the so-called secondary market.

The evolution of that business was among the subjects that Howard Rosenberg, CEO and co-founder of B2B marketplace operator B-Stock, discussed during a recent interview with Karen Webster for the latest edition of “The FUNDED Series” from PYMNTS.

In a press release last week, the decade-old firm announced it had raised a $65 million investment from Spectrum Equity, whose capital and expertise, Rosenberg said, will help B-Stock expand its marketplace services and workforce. 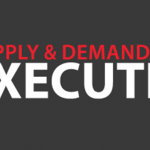 What is “Scratch & Dent” Merchandise?

Every year, countless consumers replace or buy new appliances. Since it can be one of the most expensive costs in a home, homeowners are always looking for companies that can offer better prices. Prices on new appliances range from $350…

The B-Stock Minute: Why Does B-Stock Work?

We’ve brought you B-Stock Minute updates related to several areas of our business, but when it comes to the secondary market, why does B-Stock work? Is it our technology? Our Strategy? Our Service? In short: yes. So, Why DOES B-Stock…

The B-Stock Minute: E-Commerce Growth in the UK

This week, the B-Stock Minute covers e-commerce growth in the UK. With an undeniable growth pre dating COVID-19, e-commerce has transformed businesses all over the world. How much have purchase trends changed, and what does that mean for the market?…