You may have gulped a bit when you put down $999 for your iPhone X. But turns out it was a good investment. Half a year later, your device has depreciated surprisingly little.

B-Stock, a B2B company selling used computers, says that the iPhone X has held its value better than any Apple phone in its experience. And iPhones do better than their rivals.

“Normally, within six months after an iPhone launch, retailers and manufacturers can expect to sell that model at 60 to 70% of original retail value. The iPhone 6, 6s, 7, and 8 all achieved roughly 65% of retail value six months after launch across our network of mobile marketplaces,” wrote Michael Rohde on the B-Stock blog. 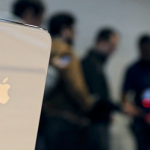 Apple released four new iPhone models in 2020. Historically, the annual iPhone release happens in late September, but given the impact of COVID-19 on the supply chain in 2020, new models hit the primary market in two waves, the first…