B-Stock welcomed Frank Borowski in March ’19 as our Director of Sales – Mobile. In this role Frank is responsible for leading global sales initiatives for the Mobile division with a focus on the private marketplace and enterprise segment of the B-Stock platform.

Over the course of his career, Frank has seen the entire mobile industry grow from nothing into a fully mature market to where there is now a robust secondary mobile market that supports the circular economy. “People want these cool mobile devices but they have become very expensive and cost-prohibitive to a large segment of the population,” said Frank. Frank has seen consumers choose payment plans or less expensive models to afford a new device. But now, they are looking at the secondary market where phones are more affordable. Frank puts it this way: “The mobile secondary market reduces and/or removes cost barriers so that consumers can be in a position to take on nicer, more advanced devices.”

Frank has spent his entire career in the mobile industry and has done it all: from launching new markets to opening wireless retail stores to building sales teams and establishing a network of relationships with the major carriers, including T-Mobile, Sprint, and Verizon, not to mention all of the medium carriers and individual store owners, vendors, and OEMs. Fun fact: Frank worked for two companies; one eventually became Verizon and the other, T-Mobile.

Through his network, Frank was introduced to Sean Cleland, B-Stock’s VP of Mobile, and the two of them immediately hit it off; it wasn’t long before Frank was hired on to help B-Stock grow the mobile division. “We’ve only scraped the surface when I look at where the industry is and where it’s heading.” Frank said. “I’m looking forward to another 10 years of year-over-year growth for B-Stock.”

At home, Frank is a family man who enjoys coaching baseball and softball. He now looks forward to watching his daughter play college softball next year. Frank completed his first IronMan about five years ago and plans for a comeback soon. In the meantime, he enjoys competitive poker and has a goal to someday play in the World Series of Poker Main Event in Las Vegas.

We invite you to get in touch with Frank today to learn more about B-Stock’s B2B marketplace solution for trade-in and excess mobile devices. 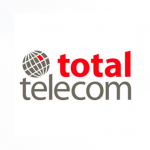 If you’re a Hispanic-owned business who works with the B-Stock network, we’d love to hear from you! Drop us a line so we can feature you in our Spotlight article at the end of the month. Email Us This week,…

What is “Scratch & Dent” Merchandise?

Every year, countless consumers replace or buy new appliances. Since it can be one of the most expensive costs in a home, homeowners are always looking for companies that can offer better prices. Prices on new appliances range from $350…

The B-Stock Minute: Why Does B-Stock Work?

We’ve brought you B-Stock Minute updates related to several areas of our business, but when it comes to the secondary market, why does B-Stock work? Is it our technology? Our Strategy? Our Service? In short: yes. So, Why DOES B-Stock…