In Retailers Brace for Returns This Holiday Season, published by eMarketer on December 12, 2018, the author states: “According to data from B-Stock Solutions, a liquidation platform founded in 2008 by the team that built eBay’s private marketplace business, around 11% to 13% of holiday purchases are returned with closer to 30% of online purchases being sent back. By their estimates, between $90 billion to $95 billion in holiday gifts will be returned this year.” Before you get tempted to think that is a temporary blip, B-Stock Solutions estimates that “77% of shoppers are anticipating returning some of their gifts this season [2019], and nearly 20% expect to return more than half. In total, that will equate to more than $90 billion in returns this holiday season.” 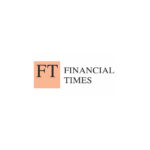 US retail: many unhappy returns January 7, 2020