If your retail or eCommerce business sells mobile phones, you understand how important it is to have the latest technology in your inventory. With 5G rolling out across the country, it’s becoming harder and harder to sell phones that are only a year or two old. But what should you do with these older phones or phones that customers trade-in? Should you let them gather dust in your warehouse? Dump them in the trash? The simplest answer, and the most responsible, is to move them into the secondary mobile market and cash in on the resale value.

You may think there’s no point in trying to sell off older inventory since you’re struggling to get it out the door yourself. The truth is, there’s high cell phone resale value and a large and thriving secondary market for older phones and even one for damaged or broken phones and accessories.

It wasn’t that long ago that the thought of carrying a phone with you everywhere you go was considered preposterous. A mobile phone patent was actually filed all the way back in 1908. The first real handheld cellular phone was introduced many years later, in 1973, but it was less than practical. Motorola’s 1973 handset weighed about two and a half pounds and wasn’t exactly pocket-sized, instead being closer to the size of a shoebox.

In the 1980s, mobile phones and car phones were commercially available, but most people saw them as a luxury item, only available to the elite. The 1990s saw the popularity of pagers, a mobile device that couldn’t make calls, but could receive short messages. The owner would then find a landline (often a payphone) to return the call. True mobile phones became popular in the late 90s and early 2000s, with flip phones dominating the market for several years. Even still, the technology of the day wasn’t anything like the miniaturized computers nearly everyone carries with them today.

The introduction of the iPhone in 2007 ushered in the start of the smartphone revolution. A touchscreen combined with an app store meant phones could now do almost anything a computer could, without being tethered to a desk. And every year since, the technology has jumped a bit farther, making our old phones obsolete faster than any previous technology’s life cycle. In retail, this short lifespan is wonderful for new phone sales, but it creates a problem when you have too many of last year’s models sitting around, or if you (like many phone retailers) accept trade-ins.

With few exceptions, used phone resale values are drastically lower than the purchase price of a new phone. Even the iPhone, which holds its value better than most, loses nearly 20% of its value in the first year alone and drops almost 70% of its value after only four years. High-end Android devices drop their value nearly twice as fast.

What does this mean for retailers? It means that used phones and older models are often not worth the floor space they would take up should you choose to sell them alongside your other inventory. However, all is not lost.

A large market has grown around cell phone resale sites online. Companies like SellCell, Buyback Boss, and others purchase used cell phones for resale on the secondary market. These sites do a lot of business by purchasing used cell phones directly from the public, but many also buy used cell phones in bulk through liquidation sales or other B2B marketplaces.

Sometimes used phones are purchased by folks who don’t want to dish out top dollar for new, top-end tech. Other times they’re purchased as temporary phones for people visiting the country for a short time or first devices for kids who are likely to lose or break them. Even salvage-grade phones can find a new home on the secondary market, as they’re often useful for parts or can be repaired and resold.

With all of this interest in out-of-date or used phones and accessories, you’re probably wondering how you can cash in on cell phone’s resale value. After all, you may have a giant box full of used or broken smartphones sitting in the back room, and several warehouse shelves stacked high with older models and their accessories.

Instead of putting these items on your sales floor or website where you’ll have to deal with the problems that come with selling used or out-of-date merchandise, let B-Stock help. We can set up liquidation auctions to quickly move out even the oldest phones you have, along with all the used or salvage tech you’ve been sitting on. We work with retailers and OEM’s of all sizes, and we have a marketplace full of fully-vetted secondary market mobile buyers who will be happy to take your unwanted merchandise out of your warehouse and give it new life. Large carriers are moving more devices through B2B channels for resale on the secondary market versus repairing and selling B2C. If you want to learn more about secondary market trends and how large carriers, OEMs, and buy-back companies are increasing the life cycle getting the most cell phone resale value via B-Stock’s B2B marketplace platform, please get in touch below, contact B-Stock for a demo today. 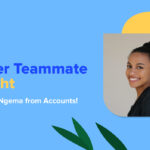 How To Flip Shoes For Profit

The National Retail Federation says consumers are spending $161 this year on shoes. A new pair of kicks is one of the most frequently bought items – especially during back-to-school and other key shopping holidays. Shoes are not only considered…

Keep Non-sustainable Fabrics Out of Landfills With B-Stock

The invention and rise of plastic has been both a blessing and a curse for the people of the world. This family of resilient materials has enabled us to create useful, affordable, lightweight goods that last. However, these goods, used…

How to Buy Samsung Returns

If you’re looking to purchase and resell mobile phones, Samsung returns are a top choice! When it comes to the secondary mobile market, there is a large amount of Samsung inventory available and Samsung mobile devices are in high demand…