Where the U.S. Shops for Clothes

A recent study was published showing where Americans shop for clothes. The answer may or may not surprise you, with Walmart, Amazon, Target, and Kohl’s in the top spots. These retailers are all known for values and deals.

Walmart and Amazon are also leading the charge in online grocery sales, putting them in dominant positions in more than one category.

People close to 50 years old and earning over $75,000/year, tend to shop at department stores such as JCPenney, Macy’s, Kohl’s, Sears, and Costco (which are also known for values and deals).

People in the same income group (>$75k) between 40 and 50 years old, tend to shop at Old Navy, Target, and T.J. Maxx, which includes Marshalls.

The big exception for 40 to 50 year olds is Nordstrom, who’s customers tend to earn a six figure salary.

On the younger end of the spectrum, people in their mid to late 30s, tend to shop at H+M and Forever 21, which also features lower priced merchandise.

Many of the higher end retailers did not make the list of where American’s shop (based on a survey of 1,564 people). While Nordstrom did make the list, stores like Neiman Marcus, Barneys New York, Saks Fifth Avenue, and Bloomingdales failed to appear.

When it comes to clothing, Americans prefer values and deals over expensive fashion. This is good news for the secondary retail market, showing there is plenty of demand for overstock and returned items that are sold at deeply discounted rates to resellers. 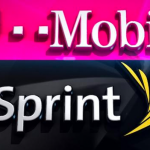 What the T-Mobile & Sprint merger means for tech, jobs, competition, and investments May 2, 2018 apparel

The Art of Sourcing Inventory for Resale

If you’re starting a resale business, one of the most important considerations is inventory sourcing. Ideally, you want to find products that you can acquire cheaply, turn around quickly, and ship easily. Of course, this is easier said than done.…

Why eCommerce Returns Are Worth a Second Look

When it comes to customer returns, not all are created equal. Depending on the retailer’s return policy, some merchandise will be taken back even if extremely used, damaged or in salvage condition. This is particularly the case with in-store returns:…