Holiday shoppers bought an utterly staggering amount of stuff in November and December, and the share of those items bought online is growing.

Total retail spending was up 8.5% over the same period last year, according to MasterCard, while ecommerce sales grew 11%. Compared with 2019, ecommerce grew more than 60%.

Now that the holidays are passed, a portion of the massive volume of packages is now headed in the opposite direction.

UPS says it is on track to process more than 60 million return packages between November 14 and January 22 — a 10% increase over last year. In addition, one in four Americans is expected to make a return, Louisville TV station WDRB reported. 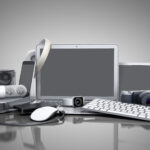 The Key to Moving Your Excess Electronics Inventory January 4, 2022

Kick off the new year on all three of Costco’s marketplaces! To celebrate the Costco Bonus Auctions Event, Costco is running a week full of bonus auctions from Monday, January 9 until Thursday, January 12. For every Costco auction you…

Getting Started: Common Cancellation Reasons & How to Avoid Them

B-Stock understands that sometimes life happens, and buyers may need to cancel an order from time to time. Since B-Stock wants everyone to walk away from a transaction happy and satisfied, we’ve compiled a guide to ensure the best chance…