New reports and analysis from the Great American Group (June 2019 Issue) show a mixed bag when it comes to U.S. apparel sales, the impacts of tariffs and trade wars, and the production of domestic cotton and imported synthetic fibers; all of which have a deep impact for apparel retailers and manufacturers. This article takes an overview approach of GA’s findings.

For May 2019, the U.S. Census Bureau reports that unadjusted retail sales for clothing, accessories, and shoe stores reached $23.6 million. This is a decrease of 2.4% from the previous 12 months. However, the National Retail Federation predicts an increase between 3.8% to 4.4% in retail sales for 2019. The contradictions between actual sales and predicted sales are due to lower sales pricing. According to the U.S. Labor Department’s Consumer Price Index, apparel prices remained flat for the month of May 2019, after declining 0.8% in April. Overall, for the 12 months since May, apparel prices have dropped 3.1%. Therefore, if and when pricing increases, then apparel sales figures should trend upward for the year as the Holiday season approaches.

The Great American Monitor reports that ‘athleisure’ clothing continues to drive apparel sales in 2019. Leading the charge are companies like Nike, Lululemon, and Under Armour. Despite the pressures from e-commerce sales and over 5,800 apparel store closures in 2018, Lululemon opened its largest store ever in July 2019. According to CNBC, Lululemon first-quarter same-store sales increased 14%, with revenue reaching $27 million more than previously estimated. Similarly, Nike revenue increased 10% in fiscal fourth-quarter 2019 compared to the same quarter last year, with apparel sales specifically increasing 6%. Meanwhile, Under Armour apparel sales were also up during the first quarter. Due to the success of Lululemon, Nike, and Under Armour, the demand for synthetic fibers remain high. This leads to a discussion on domestic cotton production, imported synthetics, and the impact of current tariffs.

The tariff impact on apparel retail

Due to ongoing trade disputes, imports from China have diminished. These imports include items such as dyes and chemicals used in manufacturing apparel items. However, as discussed in more detail later, China’s export of synthetic fibers increased. Even with overall lower quantities being imported, in 2018, the U.S. collected over $13 billion through textile and apparel tariffs. Meanwhile, U.S. exports have increased, strengthening domestic manufacturing; specifically, fiber, yarns, fabrics, man-made filaments, and apparel. According to the USDA, the increase in domestic production led to 18.4 million cotton bales in 2018, a 12% increase in production over the prior year. Overall, these increased exports represent a total of $30.1 billion in 2018, a 5.4% increase from the prior year.

Future of cotton and sustainability

As of June 2019, the USDA forecasts that domestic cotton production will total 22.0 million bales, an increase of 20.0% compared to 2018. The USDA predicts that will be the largest production increase of any country. While 22 million bales of cotton are estimated to be produced, there is an estimated demand for only 20.1 million bales. If these estimates and predictions prove true, then the U.S. can expect an oversupply of cotton within the apparel industry.

To help support environmental and economical sustainability, there is a growing trend among cotton farmers and apparel manufacturers to grow cotton that upholds improved working conditions and prevents environmental degradation. According to the Better Cotton Initiative, ‘better cotton’ production nearly doubled in 2018 as compared to the prior year, with better cotton now accounting for 19% of global cotton production.

As U.S. farmers develop more sustainable cotton, the majority of ‘athleisure’ apparel is made from synthetic fibers (not cotton). These synthetic fibers are produced mainly from petroleum; the price of which is highly subject to change based on the world price of crude oil. According to the Energy Information Administration, crude oil prices decreased dramatically at the end of 2018 into the start of 2019, but began to rebound before dropping again in May 2019.

Synthetic fiber represented the majority of U.S. textile imports in 2018, and they are anticipated to remain in high demand for athleisure apparel manufacturers. Imports of synthetic fiber from China increased, despite the trade conflicts. One reason for the increase in the import of synthetic fibers is that some Chinese producers drastically dropped the price of polyester yarn to offset the cost of additional tariffs.

B-Stock runs the world’s largest online liquidation platform used by top retailers to sell excess and returned stock. To learn more on how to use B-Stock as a new sales channel for stock that can no longer be sold as new, get in touch with us today. 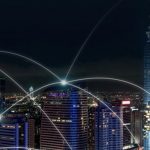