This Friday the 13th Only: Jason Voorhees Selling on B-Stock Supply

For over 20 years Jason Voorhees tormented the small town of Crystal Lake and the campers who arrived every summer. But now, Jason has turned a new corner and is working hard to revitalize Camp Crystal Lake.

We haven’t seen Jason since 2003, when he bravely fought Freddy Krueger and saved the day (or did he?). Over the past 15 years, Crystal Lake fell into despair as campers started going to more specialized science and app-building camps; it was as if no one cared about lakes and canoes anymore. During this period, Jason had much time for self-reflection and he started to receive new orders from his deceased mother (remember, she was the one telling Jason to go on his rampages to avenge her death). It turns out that Jason (and his mother) is no longer the terrorizer he used to be and wants to bring the fun back to summer camp, so he bought Camp Crystal Lake.

We are wishing the best of luck to Jason and we’re confident he’ll sell his pallets full of sharp blades and masks. When he sent in his detailed manifest, he included a note saying that all proceeds would go towards fixing up the camp, repairing cabins, fixing holes in canoes, and restocking the First Aid hut. Makes us wish we were still young enough for summer camp! 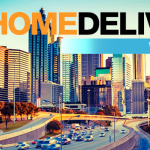 B-Stock is so excited to welcome Kristina Ngema to the Accounts team this summer! As a summer teammate, we know Kristina will be an incredible asset to the company. Kristina is currently studying Quantitative Economics and Data Science at Smith…

If your retail or eCommerce business sells mobile phones, you understand how important it is to have the latest technology in your inventory. With 5G rolling out across the country, it’s becoming harder and harder to sell phones that are…

From being a professional speaker and author to the mayor of what’s known as the “prettiest town in Canada” for four years, and even restaurant owner, Kevin Morrison has quite the story to share. Kevin has always loved the auction…