The Future of Smartphones in a Still-Undefined Market

Over the past several months, it’s become clear that people all around the world have to embrace a new normal. With businesses of every size and industry affected, mobile is not the exception, and different processes and device developments will surely unfold in the coming months. That said, let’s take a look at what the mobile landscape may look like in the not-so-distant future:

Will New Phones Really be Worth It?
Over the upcoming months, demand for phones can be expected to stagnate a bit. Why? Users may be considering upgrades more closely, especially when it comes to devices that are more than $1,000 and offer little to no significant technological upgrades. We’ve shared in the past that consumers are keeping phones longer these days. That said, 5G is still coming in hot, with phones already available.

Price vs Value
Given the current state of the market, phone developers will likely have two options:

Option 1 leaves consumers with the same options they may already have, but the expectation that they need to pay more. And as we’ve covered, new phones—like the iPhone SE—have released at lower prices, giving consumers an inexpensive alternative to the latest phones—which sets a new precedent for other phones. Option 2 will allow for consumers to keep upgrading their phones and get the newest gadgets on the market, getting more bang for their buck.

What Can be Expected?
We’ve talked about the growth of the mobile secondary market and how phones are being kept longer and longer. And as the current market climate is showing, that trend may continue. As OEMs and resellers grapple with the new norm and adjust for consumer priorities, there is a whole new promise in the secondary market of used phones that are still in circulation. Recent years have seen the trade-in age for phones increase, which has caused the value of those phones to go up year over year. But the new norm may also mean new discounts and new promotional offers for new phones:

As the next few months play out, large carriers and OEMs can move devices through B2B resale channels and keep the mobile wheels turning. One such channel is B-Stock. The world’s largest wireless manufacturers, carriers, and trade-in companies are currently leveraging our B2B marketplace platform for their trade-in and excess mobile devices and accessories. Across our network, more than 3 million phones and 5 million accessories are sold annually.

Visit our mobile sourcing page for a look at our 10+ marketplaces. And for more information on selling via our mobile marketplace platform, please download our Mobile Brochure. 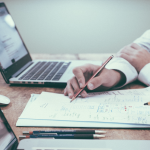 Retail Resilience is More than Immediate Recovery—It’s Planning Ahead May 28, 2020 B2B marketplaceCOVID-19mobilesecondary market

Buying Home Depot Returns: What You Need to Know

The post-holiday season is a big deal for liquidations auctions because retailers are offloading all of those wonderful gifts that people have returned. Often there’s nothing wrong with this merchandise other than it was purchased for someone who didn’t want…

Buying on B-Stock Europe? 3 Ways to Save Money on Shipping

As any experienced buyer will tell you, when purchasing clearance merchandise to resell you must consider shipping costs. For financial reselling success, you must factor it into your budget. You don’t want shipping to unexpectedly eat up potential profits before…