Whether looking through the lens of a business leader or simply a consumer, you may have noticed that new products like computers, IoT smart devices, automobiles, and mobile phones, seems pricier and harder than ever to find. You’re right, and this has left businesses of all stripes in a tight spot. But could selling used phones really be a reliable way to turn a profit in this environment?

Throughout 2020 and into today, production numbers, availability, and affordability of electronic devices have suffered. Industry experts say we’ve set ourselves up for this problem over the past 20 years, but COVID-19 seems to be the final straw. And this shortage is affecting the market for mobile devices in an unusual way. With fewer new devices being produced, selling used phones and other mobile devices—a hot market, even pre-pandemic—has become an important option for OEMs and carriers.

Read on to learn more about the factors that have compounded to create this situation, how it has affected major mobile device manufacturers, and how these trends are driving the secondary market.

In late 2019, a highly transmissible strain of coronavirus emerged in east Asia. It spent the subsequent year spreading throughout the globe. Most world governments took swift action, instituting travel bans, distancing orders, and business shutdowns. These closures slowed the production and delivery of high-demand electronic goods, including the semiconductors and microchips that power them.

Seeing this, companies suddenly increased their orders, hoping to secure a supply of chips with which to build their products. With production capacity down, the industry spiraled into a self-feeding loop. Scarcity of supply and ravenous demand now drive each other.

There are multiple factors feeding into this shortage. Worse, each one is its own bottleneck to supplying consumers with the products they want.

There’s no denying that 2021 has affected the global workforce for the worse. Most industries find themselves well short of the help they need. And mobile device manufacturers aren’t a special case.

As Bloomberg highlights, the modern microchip is the most complicated devices that mankind has ever created. As you might expect, production is a long and painstaking process. It requires expensive equipment like precision lasers, massive factories with meticulously clean manufacturing space, and highly trained humans. An industry that was a well-oiled machine has suffered without the human component to keep the gears turning.

By now, governments have rolled out programs to immunize workforces. But vaccination rates, new virus variants and breakthrough cases have kept the industry from operating at full capacity. As a result, the production of semiconductor materials and microchips has slowed to a trickle.

Even when production ramps up in a meaningful way, manufacturers will be faced with a massive production backlog. They’ll need to satisfy orders they have already taken from their customers. And be warned: Tech leaders and veterans believe we’re far from in the clear.

During this crisis, businesses must confront the fact that just a handful of suppliers are responsible for the production of the vast majority of the world’s microchips. Further complicating matters is the fact that these few organizations are geographically concentrated in Asia, leaving countries in other regions undersupplied.

One simple reality of managing processes is that single points of failure make for fragile systems. When suppliers slowed production, businesses worldwide scrambled to build new relationships and cut new deals in a competitive market.

Travel bans and trade restrictions emerging from COVID-19 regulations made sourcing new materials even more difficult from prospective suppliers in different regions of the globe.

This crisis has called attention to the importance of certain practices in the future. For instance, diversified supply chains and more portable design in tech are critical. But these problems can’t be easily or quickly addressed from the midst of the current situation.

These issues relate closely to another layer of the problem—shipping and transportation slowdowns.

Due to the widespread shutdowns and labor shortages, ports cannot run at full capacity. Containers of goods arriving from overseas sit at port unprocessed for longer than usual. In fact, the ports at Los Angeles and Long Beach, the busiest in the country, are taking over 50% longer to process shipping containers, compared with pre-pandemic years. And the port backups aren’t the only chokepoint.

In the US, nearly all goods are transported by truck, an important industry under great stress. Unfortunately, the industry organizations are reporting a shortage of as many as 80,000 truck drivers. With few drivers available to transport goods to the locations that distribute and sell them, increasing port efficiency alone will do little good.

While some companies have outperformed others, no mobile device manufacturer has gone untouched.

In light of these challenges, Samsung, the world’s top mobile maker, delayed then canceled release of its flagship device, the Galaxy Note. There will be no new Note-series (or equivalent) device released in 2021. The company has managed to maintain some consumer attention with its Z-series foldables, which are selling. Used phones are appealing, however, as many still consider these $1,000+ devices expensive and unproven.

Another Samsung fan-favorite, the Galaxy S21 FE has faced repeated delays. Some journalists opine that the device will never be released, as it could eat into next year’s Galaxy S22 sales—which may face delays of its own. As the market is learning, current backups can have consequences reaching far into the future.

Google appears confident they will be able to meet demand for their Pixel 6 phones, but has announced that this newest offering won’t be sold in India, a large mobile market, due to shortages and delays. The new Pixel Watch, which consumers hoped would launch alongside the Pixel 6, will reportedly wait for 2022 as well.

Until very recently, Apple appeared immune to the issues plaguing others. And while it has weathered the storm better than most, even this thriving company that consistently designs and delivers popular devices, must confront shortages.

Historically, Apple has maintained a tight handle on its supply chain. The company enjoys excellent credit with its suppliers and can “negotiate priority supplies a long way in advance, insulating themselves from much of the disruption,” reported AppleInsider.

Earlier this month, however, Apple finally faltered like the rest. The company cut back its iPhone 13 production targets by 10 million units. Even in major cities, the company has pushed back delivery dates for the latest iPhones, iPads, MacBooks, and Apple watches.

As mobile phone technology improves, updates have tended towards iterative rather than revolutionary. This means that even last year’s model remains an incredibly capable machine. It could definitely represent a substantial upgrade for someone with an outdated, unsupported three- or four-year-old device.

Those who prefer to have the latest tech—assuming they can get it—often trade in their devices back to their carriers. In exchange, carriers offer a discount on a new model.

These “old” devices are wiped and either refurbished or left as-is and purchased by resellers on the secondary market. And the consumer demand is definitely there.

According to IDC’s Worldwide Used Smartphone Forecast, by 2024, worldwide shipments of used and refurbished smartphones will reach 351.6 million units. This represents a compound annual growth rate (CAGR) of 11.2% from 2019.

“In contrast to the recent declines in the new smartphone market, as well as the forecast for minimal growth in new shipments over the next few years, the used market for smartphones shows no signs of slowing down across all parts of the globe,” says IDC’s Anthony Scarsella.

Indeed, youths around the world—even those in tech-forward nations like South Korea—are embracing “recommerce” and buying used to save. Even the latest models like the Samsung Z-flip come at a nice discount when acquired secondhand.

Even though a phone’s value depreciates most quickly in the year following its release, selling used devices like the Galaxy S20 and iPhone X, 11 and 12 remains a great deal for carriers and consumers alike. They’re also a profit center for makers and retailers, and a livelihood for resellers who buy in bulk to sell to end-users.

OEMs, carriers, and buy-back companies alike all have high confidence in the products they make and sell. They also recognize a key fact despite supply chain troubles. Consumer demand for mobile devices remains high as ever as we look forward to a year of recovery.

That’s why they make their perfectly functional second-hand stock available to resellers through B2B marketplaces. Now more than ever, manufacturers need to focus their resources and efforts on their core business—making and selling their promised new devices—rather than on pushing used or refurbished stock directly to consumers.

Instead of relying on traditional liquidators, however, more carriers and OEMs are finding that B-Stock’s online B2B marketplace is their best bet. The private auction format extracts the highest price that buyers are willing to pay, while giving sellers control over where their products go and how they’re resold—an invaluable proposition to premium tech companies with carefully cultivated brand images and data privacy concerns.

Although the current supply chain crisis is troubling, it’s certain to pass eventually. But in the meantime, B-Stock can help turn the challenges facing trade-in-rich sellers into revenue and fuel for a growing circular economy.

To learn more about how carriers and device manufacturers leverage B-Stock’s private online auctions to turn their trade-ins into profit, get in touch with us today. 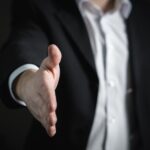 RTV Agreements: How Retailers Can Beat the Return to Vendor Process October 28, 2021

How to Avoid Drowning in Your Returned Merchandise This Holiday Season

If you’re a retailer in 2021, product returns are a simple fact of life. Brands like Amazon have long featured free, unlimited, and seamless returns as a key part of their service’s value proposition. This model has brought them massive…

Shipping and supply chain delays are at the forefront of retailers’ worries this peak season. Companies with holiday goods that arrive after the season or get large amounts of returns have three major options: store them in warehouses until next…

Meet Sufyan Shareef: How this reseller started by flipping houses

Where do you work when you don’t want to work for anyone? Sufyan Shareef, owner of Galaxy Home Supplies, has been a B-Stock buyer since November 2020. Coming from a line of hotel and restaurant family businesses in Iraq, Sufyan…