November 1 marks the start of the official Holiday Shopping Season (it also marks Sweet Potato Awareness Month and who doesn’t love sweet potato french fries, or sweet potato casserole, or roasted sweet potatoes, or… when is Thanksgiving again?). But we digress. There are plenty of reasons for retailers to be of good cheer this year: the NRF is projecting 2018 holiday retail sales to increase between 4.3 and 4.8 percent over 2017 for a total of $717.45 billion to $720.89 billion. While consumers are already making decisions about what to buy and where to shop, industry insiders are debating the following:

That last one isn’t a joke! The point is, this season is going to be an interesting one.

In addition to an increase in sales, the holiday season also means an increase in returns. Whether an ugly sweater, problematic consumer electronic, or a novelty kitchen appliance, around 13%—or close to $95 billion worth of merchandise—once purchased/gifted/unwrapped, will be heading back to U.S. retailers this holiday season. That’s up 35% from 2016. Accordingly, it’s essential that retailers account for and have a plan in place for the flow of inventory coming back. This includes inventory that can’t go back on shelves and is slated for liquidation. And if you want more info on that, feel free to request a demo.

In the meantime, take a moment to reflect on these fun facts in November 1 history… 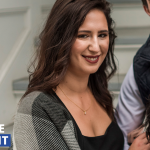