Americans love their mobile devices. The latest survey from CTIA shows that mobile data usage and traffic significantly increased from 2017 and that more people are talking and texting on their phones than ever. Over 21 million new devices connected last year, bringing the total to over 421 million connected mobile devices.

Mobile Data Usage is Way Up

In many ways, CTIA’s data speaks for itself: in every category, mobile usage has a steep upward trajectory with no signs of slowing down. In 2018, people spent a total of 2.4 trillion minutes talking on their phones and 2 trillion texts were sent, marking a 15.8% increase. What’s more, the data shows there are currently 1.3 devices per person in the U.S.—with 284.7 million of those devices being smartphones—which amounts to 87% of the U.S. population owning more than one phone. These smartphones are generating 6.6 GB of data per month; an increase of 1.6 GB from 2017.

This near-universal adoption of mobile device technology is having a significant impact on the U.S. economy. According to CTIA: mobile supports nearly 5 million U.S. jobs; has contributed $475 billion to the U.S. GDP; and has contributed over $115 billion towards the U.S. treasury. At a more granular level, the mobile industry is proving financially viable for employees: data shows that wireless jobs pay over 50% more than the average wage in the United States.

With hundreds of millions of mobile devices circulating throughout the U.S.—and with 5G technology right around the corner—the wireless industry growth curve will only increase. Right now, according to CTIA research, wireless providers are starting to invest a projected $275 billion to deploy 5G, creating 3 million jobs and adding $500 billion to the U.S. GDP.

When 5G infrastructure is built and phones hit the market, 4G and LTE phones will be destined for secondary purposes around the home (alarm and wall clocks, for example); some will be handed down from parents to older kids/teenagers. Even more will enter the mobile secondary market where they will be data wiped, refurbed, and repackaged for new owners looking for cheaper devices.

The upcoming 5G phones, while still a year or so away (dependent on infrastructure development) will only further increase the need for manufacturers, retailers and OEMs to discover a means to sell large quantities of used 4G and LTE mobile devices quickly and efficiently. To learn more about how the B-Stock platform can help you increase revenue, clear warehouse space and increase velocity, schedule a demo today.

If you’re ready for a demo, contact us today.

When wireless manufacturers, carriers, and trade-in companies partner with B-Stock on aB2B marketplace platform for their trade-in and excess mobile devices and accessories, they gain access to our insight of secondary market trends; including pricing for devices across model, carrier, condition, color, and SKU.

Check out our most recent market overview that looks at: 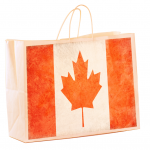 Halloween returns and excess costume inventory are typically difficult to sell after November 1st. Once the trick or treating and parties have ended, there’s really no occasion to dress up. One option may be to hold on to the excess…