Home > Blog > The B-Stock Seller Blog > Industry insights > Are You Ready For A Blockbuster Halloween Shopping Season? Here’s How To Prepare.

Are You Ready For A Blockbuster Halloween Shopping Season? Here’s How To Prepare.

Halloween consumer spending is expected to reach near-record highs again this year, according to the National Retail Federation’s (NRF) annual survey. Americans are expected to spend an average of $86.27, or $8.8 billion total, which equates to the third-largest amount in the NRF’s 15-year survey history. The record, $9.1 billion, was set in 2017. Here’s everything retailers need to know before heading into the busy Halloween shopping season.

The Internet + Social Media Are Inspiring Shoppers To Spend

A total of 172 million people, or 68 percent of those surveyed, plan to celebrate Halloween in 2019. And where are the majority of them going for ideas on costumes and décor? The internet, of course. Online search is the top source when it comes to Halloween inspiration, cited by 35 percent of respondents, while 28 percent say they’ll browse in-store for ideas and 20 percent say they’ll brainstorm with friends and family. Unsurprisingly, social media is helping to drive up consumer spending on Halloween costumes and decorations, with Pinterest, YouTube and Instagram leading the charge.

Classic Costumes Are Coming Out On Top

Yes, Halloween celebrations are most often reserved for the children, but more adults are getting into the spirit with each passing year. Kids tend to make the same costume choices each year, while adults are more likely to try and shake things up. Regardless, it’s the classics—from princesses to witches and ghosts—that capture most people’s imaginations. Consumers are even opting to dress their pets in traditional garb—pumpkins and cat costumes included. The NRF’s survey found that 3.1 million children plan to dress-up as their favorite princess and 2.4 million as a superhero, with 1.5 million intending to don an Avengers costume and 1.4 million planning to go as Batman.

Among those Americans planning to celebrate Halloween, the majority, or 69 percent, say they’re going to hand out candy. But the festivities this year will extend much beyond traditional trick-or-treating. Nearly 50 percent of survey respondents will decorate their home or yard, 44 percent will carve a pumpkin and 32 percent will host or attend a Halloween party. And, 22 percent are even planning to visit a haunted house at some point during the month of October. Overall, Halloween celebrations are beginning well ahead of October 31st, with many Americans now seeing it as an official kick-off to the end-of-year holiday season.

Even In This Blockbuster Year, There Will Be Products That Don’t Sell

It’s common for online and brick-and-mortar shops to have an overstock of Halloween costumes, candy and decorations at the end of the buying season. Retailers should be prepared with a strategy to handle the leftover inventory, especially with warehouse space at a minimum—and, who really knows whether Captain America or Batman costumes will be popular again next year. With B-Stock, you can sell your excess or returned Halloween inventory directly to a diverse base of vetted business buyers, allowing for better recovery, velocity, brand control and efficiency. Your private, customized online marketplace is flexible and scalable, and can accommodate high volumes of merchandise. Even better, you can have it up and running within 30 days with no IT investment. That means your Halloween overstock can be off warehouse shelves before the Christmas season sets in. 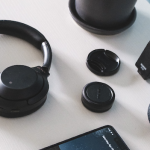 The Refurbished Electronics Market: What To Know And How To Succeed October 22, 2019 B2B marketplaceexcess inventory